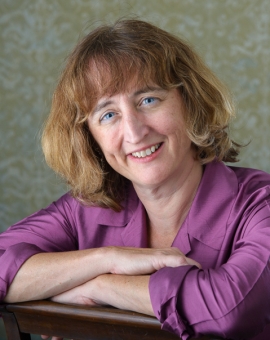 is a Professor of City and Regional Planning at the University of California, Berkeley. Chapple holds the Carmel P. Friesen Chair in Urban Studies and studies the governance, planning, and development of regions in the U.S. and Latin America, with a focus on economic development and housing. Her recent books include Planning Sustainable Cities and Regions: Towards More Equitable Development (Routledge, 2015); Transit-Oriented Displacement or Community Dividends? Understanding the Effects of Smarter Growth on Communities (with Anastasia Loukaitou-Sideris, MIT Press, 2019); and Fragile Governance and Local Economic Development: Theory and Evidence from Peripheral Regions in Latin America (with Sergio Montero, Routledge, 2018). She has published recently on a broad array of subjects, including the fiscalization of land use (in Landscape and Urban Planning), urban displacement (in the Journal of Planning Literature and Cityscape), community investment (in the Journal of Urban Affairs), job creation on industrial land (in Economic Development Quarterly), regional governance in rural Peru (in the Journal of Rural Studies), and accessory dwelling units as a smart growth policy (in the Journal of Urbanism). In 2015, Chapple's work on climate change and tax policy won the UC-wide competition for the Bacon Public Lectureship, which promotes evidence-based public policy and creative thinking for the public good. Chapple also received the 2017 UC-Berkeley Chancellor's Award for Research in the Public Interest. She received a Fulbright Global Scholar Award for 2017-2018 to explore expanding the Urban Displacement Project to cities in Europe and Latin America, and was a Visiting Scholar at NYU's Center for Urban Science and Progress, University College London's Centre for Advanced Spatial Analytics, Polytechnic University of Madrid, the University of Sydney, the University of Buenos Aires, and the Universidad de los Andes.

As a faculty affiliate of the Institute of Governmental Studies and the Institute for Research on Labor & Employment, Chapple is currently engaged in three research projects (totaling $1.3 million), specifically on residential and commercial/industrial displacement in California. Among other projects, she has led research on gentrification and displacement near transit-oriented development (for the Association of Bay Area Governments), more effective planning for affordable housing and economic development near transit (for the Great Communities Collaborative, the relationship between the arts, commercial and residential revitalization in low-income neighborhoods, and the role of the green economy and industrial land in the California economy.

Chapple holds a B.A. in Urban Studies from Columbia University, an M.S.C.R.P from the Pratt Institute, and a Ph.D. from UC Berkeley. She has served on the faculties of the University of Minnesota and the University of Pennsylvania, in addition to UC Berkeley. From 2006-2009, she held the Theodore Bo and Doris Shoong Lee Chair in Environmental Design. She is a founding member of the MacArthur Foundation's Research Network on Building Resilient Regions. Prior to academia, Chapple spent ten years as a practicing planner in economic development, land use, and transportation in New York and San Francisco.